Published 6 years ago Asst. Editor6y ago

Senator Bernie Sanders’ new book clearly was written in expectation of a different reality than the one we are living in. Its combination of autobiography, campaign narrative, and policy manifesto was meant to push President Hillary Clinton to fulfill the pledges embodied in the Democratic Party’s platform, and to nudge her farther along a path long advocated by Vermont’s junior senator.

For those who agree with Senator Sanders’ political philosophy, the book may be a bittersweet suggestion of what might have been. Alternatively, it could also be seen as a declaration of principles to guide those who find themselves in stark opposition to the new direction the country will surely take with three branches of government under the control of the Republican Party.

The first third of Mr. Sanders’ book recaps his political career, including his amazingly successful run for the Democratic presidential nomination.

Mr. Sanders, famously, was born in Brooklyn, New York, and moved to Vermont after college. He lived in central Vermont for a time, spent several years in Stannard, a town even Northeast Kingdom natives have a hard time finding, and finally moved to Burlington.

At a meeting of the Liberty Union Party in 1971, he volunteered to run for the U.S. Senate in a special election held after the death of Senator Winston Prouty. Mr. Sanders says he spent a lot of time studying the issues and preparing positions, and then went out campaigning.

He pulled in a whopping 2 percent of the vote, a result that encouraged him to run again, this time for Governor in the 1972 General Election.

This time his percentage of the vote dropped to 1 percent. Unfazed, Mr. Sanders ran again for Senate in the 1974 race that sent Senator Patrick Leahy to Washington. He drew 4 percent of the state’s votes.

Two years later, Mr. Sanders’ hat was back in the ring. This time he faced Republican Richard Snelling and Democrat Stella Hackle in a race for Governor.

During the campaign he took part in a televised debate, in which he acquitted himself well. It being a Vermont debate, the two establishment candidates treated their scruffy opponent and his radical ideas with respect.

I still remember Mr. Sanders, who by this time had moved to Burlington, coming back to Stannard to boast of his 6 percent showing, the highest, he said, of any third-party candidate in the country.

Around this time a couple of friends and I were elected to the Stannard Select Board. Mr. Sanders showed up one day and tried to persuade us that part of our duties involved finding ways to provide civic employment for people in town.

After a long discussion, we concluded that it was impossible to do that in our tiny municipality. The exercise was an early glimpse into his view of a government’s responsibility to its citizens.

Frankly, I recall thinking that Mr. Sanders’ views were more appropriate to the 1930s than the modern world of the 1970s. In light of subsequent events, I think he may have been prescient.

After spending eight years as mayor of Burlington, Mr. Sanders set his sights on Washington. In his first run for the U.S. House of Representatives, in 1988, he narrowly lost to Peter Smith in a three-way race.

Two years later he won and took his seat as an independent who caucused with the Democrats. He maintained that unusual balance through his eight terms in the House and most of his time in the Senate. He is serving his second term in that body.

Mr. Sanders only joined the Democratic Party to run for its presidential nomination. His account of the campaign is a nuts-and-bolts explanation of how to run a true grassroots campaign.

He operated on the assumption that by addressing people directly and talking about issues that affect their lives, he could upset Ms. Clinton, the establishment’s preferred candidate. As it happened, that assumption was not that far off the mark.

In the end, Ms. Clinton’s well-financed campaign, backed by almost all of the nation’s elected Democratic leaders, prevailed over the insurgent. But in view of the results of the recent election it may have been a hollow victory.

Many news organizations now say the support of ignored white working class voters made the difference in the election of Donald Trump. Those voters, Mr. Sanders’ book points out, were people he was able to reach with a message saying their problems were ones shared with people of color, Latinos, Native Americans, and other marginalized groups.

Ms. Clinton did not follow Mr. Sanders’ playbook and fell short of election even while capturing the popular vote.

The bulk of Senator Sanders’ book is a detailed exposition of his proposals for improving the lives of Americans. None will surprise anyone who has followed his career. Privately and publicly, the issues of climate change, providing good jobs at decent wages, affordable education and health care, and civil rights are ones that have preoccupied the Senator for his entire political career.

To summarize them would not do Mr. Sanders’ thoughts justice. While that portion of the book was intended as a roadmap for action, at the moment it appears to be a chart of the path not taken.

Mr. Sanders suffered more than a few defeats in his ascent to high office. Most people would have given up after losing by the margins of his early losses.

But Vermont is fortunate in having people, like Mr. Sanders’ erstwhile Liberty Union colleague Peter Diamondstone and other members of their party, who never give up, but put their ideas forward year after year in the teeth of the prevailing political winds.

Mr. Sanders will, no doubt, continue to press for the adoption of his ideas regardless of election results, and he continues his decades-long call for a “political revolution.”

While the story of Mr. Sanders’ campaign is interesting and potentially instructive to those who come after, and the policy section of the book provides a clear agenda for a progressive political movement, the real meat of Our Revolution may come in its last couple of pages.

It is there that Mr. Sanders directly addresses the many people he inspired during his run and explains how they can make a difference.

“I hope that you will stay involved and get your friends involved. Run for the school board, city council, state legislature. Run for governor. Run for Congress. Run for the Senate. Run for President. Hold your elected officials accountable. Know what they’re doing and how they’re voting — and tell your neighbors.”

That’s a path Mr. Sanders has traveled, and one that many others, regardless of what their political beliefs may be, must follow if “government of the people, by the people, and for the people,” is to survive.

It’s likely that the book’s message will be heard. Our Revolution is already high on the bestseller list. I thought of buying it for a couple of politically minded young people, but they both already owned the book and had read it.

END_OF_DOCUMENT_TOKEN_TO_BE_REPLACED

ShareTweetShare on Google+Pin on PinterestSend with WhatsApp
481 recommended

END_OF_DOCUMENT_TOKEN_TO_BE_REPLACED

Katherine Sims prevails over Vicki Strong In the game of musical chairs that began when the two-person Orleans County district jointly represented by Vicki Strong of Albany and Katherine Sims of Craftsbury was reduced to a single-member district, Representativ... END_OF_DOCUMENT_TOKEN_TO_BE_REPLACED 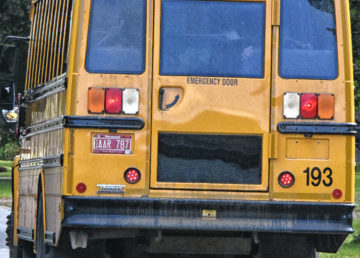 Part II by Tena Starr Although Vermont has been spared a school shooting, one of the many things that “Stella,” a classroom teacher, frets about these days is violence.  Responsibility for keeping her young students safe weighs heavily on her. “The rise in sch... END_OF_DOCUMENT_TOKEN_TO_BE_REPLACED