Gov. Phil Scott made the latest move Thursday in what is expected to be a end-of-session showdown with legislators over education funding, saying that he is willing to use one-time money to plug the spending gap this year in exchange for longer term savings commitments.

Previously, the governor said that he was looking for $40 million in additional cuts for the coming fiscal year, which legislators said was simply not possible without dipping back into school budgets and forcing schools to cut core staff and activities.

During his weekly press conference on Thursday, Scott said that he is willing to once again use one-time funds to cover the gap in education funding, if lawmakers agree to cost containment efforts that will allow the state to pay back that money in years to come.

“We may not be able to book immediate savings, because I’m not asking again for the schools to go back and do anything with their budgets,” Scott said.

“But if we could find an opportunity for savings over the next few years we’d look at it as an investment utilizing one-time money this year in order to do that, to keep the [property tax] rates where they are,” he said.

A spending impasse at the end of last year’s legislative session was resolved through money taken primarily from an end-of-year surplus and an education reserve fund. That has left a hole in the education fund this year that would require either less spending or higher taxes to make up — or it can be punted to next year with one-time funds that cover immediate spending needs without raising taxes.

Scott said he would only take that route “If we can substantiate what the savings will be in the next few years.” Those savings could come from the adoption of a uniform statewide health benefit for teachers, setting a staff to student ratio that would be met over time through attrition, or other cost-containment measures, Scott said.

Senate President Pro Tem Tim Ashe, D/P-Chittenden, and Speaker of the House Mitzi Johnson, D-South Hero, said in interviews last week that they had other ideas about how to reduce spending.

They said school district consolidation under Act 46 is starting to achieve the desired effect of reining in school spending, and that special education changes being drafted into law will likely produce substantial savings in the coming years.

Ashe said last week that it might make sense to generate the needed tax revenue this year to pay back money borrowed last year.

“If we are walking right back down that road, even if we were to accomplish it by cheating the tax rate, it just means next year we will have the same dilemma,” he said.

Responding to Scott’s latest comments, Ashe said he was still waiting for specifics from the governor. “The sooner we see their proposal the better for everyone I think,” he said.

END_OF_DOCUMENT_TOKEN_TO_BE_REPLACED 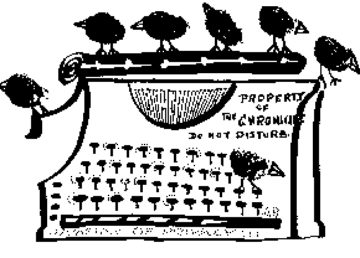 Editorial This is a message to ATV riders:  Be on your best behavior. More and more towns are cautiously opening up roads to ATVs despite substantial skepticism, even vocal opposition.  This is the year when riders can either demonstrate responsible use — or p... END_OF_DOCUMENT_TOKEN_TO_BE_REPLACED

Wheels for Wishes Fourth Annual Vermont Beardies Pits Furry Fundraisers Against Each Other to Benefit Make-A-Wish Vermont Burlington, VT – A full beard is almost as Vermonty as pure maple syrup, and in this case, it’s just as sweet. For the fourth year in a ro... END_OF_DOCUMENT_TOKEN_TO_BE_REPLACED

Scott annouces $25-million in grants for dairy farmers and processors